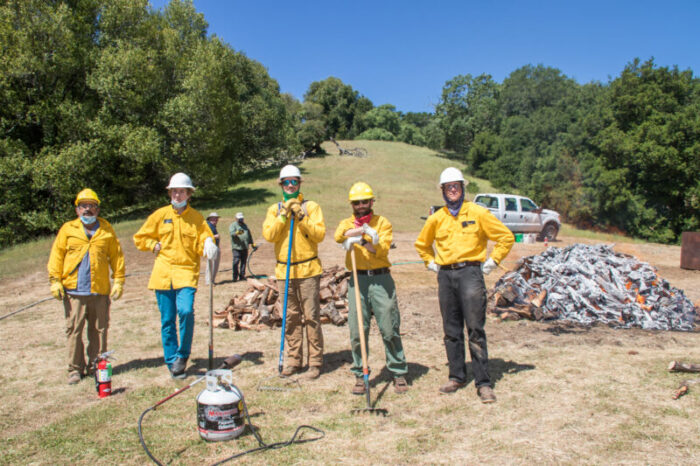 An important new climate change documentary, co-produced by Leonardo DiCaprio and his father George DiCaprio and financed by HBO Films, will be streamed on HBO beginning on June 11th. The filmmakers traveled the world to document how fast things are changing and to interview a number of experts on the unfolding climate crisis. The focus of the film, however, is on a number of positive and existing methods we can use to drawdown carbon and (hopefully) slow the warming to under 2 degrees C, including biochar production and use, kelp farming, afforestation and reforestation, and direct air capture technology.

There will be a major fundraising effort tied to the film that will generate money for major tree planting and biochar projects through the Redwood Forest Foundation, Inc.; a large number of kelp farms under the direction of Bren Smith’s fantastic company Greenwave; and direct air capture machines from Europe. Coupled with the great new book “Burn: Using Fire to Cool the Earth” by Albert Bates and Kathleen Draper, and the fact that biochar was cited in the latest U.N. IPCC Special Report as one of the least expensive and most easily scalable technologies to drawdown excess C02 from the atmosphere, biochar production and use is leaping onto the world stage as something of critical value in the massive fight for ecosystem survival that lies ahead of us.