Much of the biochar produced today comes as a byproduct of renewable biomass energy generation, although it can be and is easily made almost everywhere on earth in earthen pits, simple kilns, or by altering agricultural burning techniques.

Biochar has a unique physical structure, with thousands of tiny pores that hold the nutrients and water for the plants’ roots to access and enjoy. In many ways it’s akin to a coral reef in the ocean, acting as a natural attractant, sanctuary, and incubator by creating infrastructure for billions of organisms to thrive. 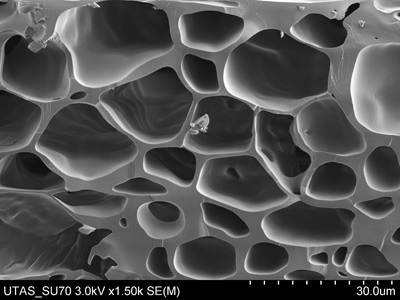 Biochar is placed into the soil by farmers….in their fields of crops, in orchards, in vineyards. The best time to apply it is with new plantings, but there are ways to add it using no-till nutrient application techniques in existing fields or orchards. Field tests have shown that the worse the soil’s characteristics are when the biochar is added to it, the more positive the impact will be on crop yields.

This form of highly stable (or recalcitrant) carbon can be made from many different sustainable feedstocks such as surplus forestry materials from mills, fuels reduction slash generated in high fire risk areas, vineyard, orchard and some crop residues, and from materials generated by tree services clearing utility rights of way. In general, the higher the density and lignin content of the feedstock the more biochar will be produced, so woody materials are most commonly sought after and used. 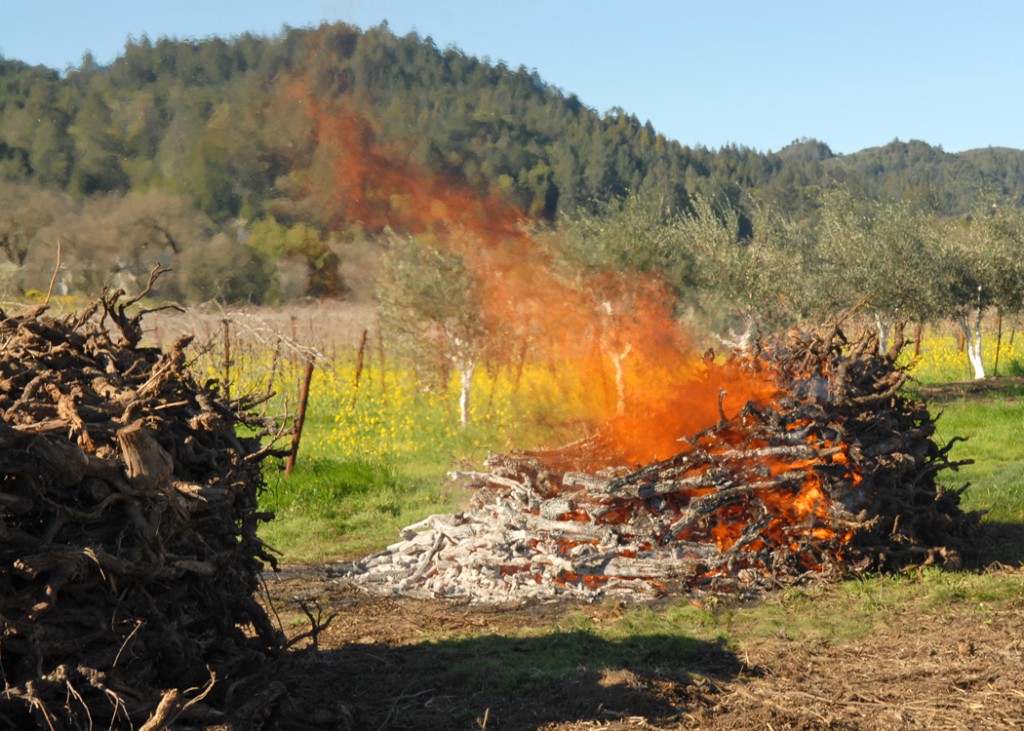 Biochar can be made by simply managing an open burn pile in a better way and extinguishing it to preserve the carbon.  It can also be made in pits, in simple kilns, or in a vast array of sophisticated pyrolysis or gasification machines.

There is more than enough misdirected and poorly managed biomass to provide material for a healthy, sustainable biochar industry in the coming decades. We are strong supporters of James Amonette’s “Climate Star” and Climate Action’s carbon credit initiative sthat seek to establish industry-wide standards for rating biochar’s carbon sequestration value. 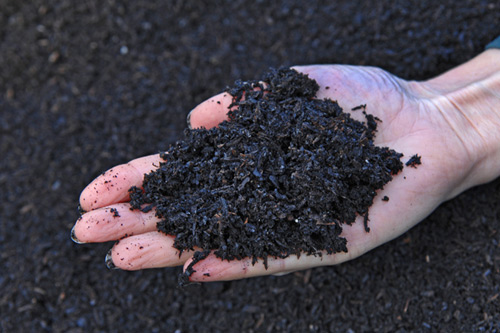 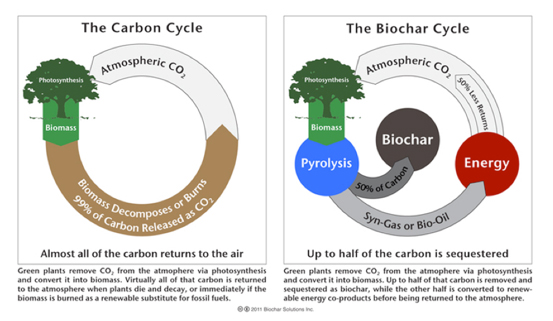